Custom Denim Patch Jackets designed by a six-foot nine, man, for other Large and In-Charge Men!!! 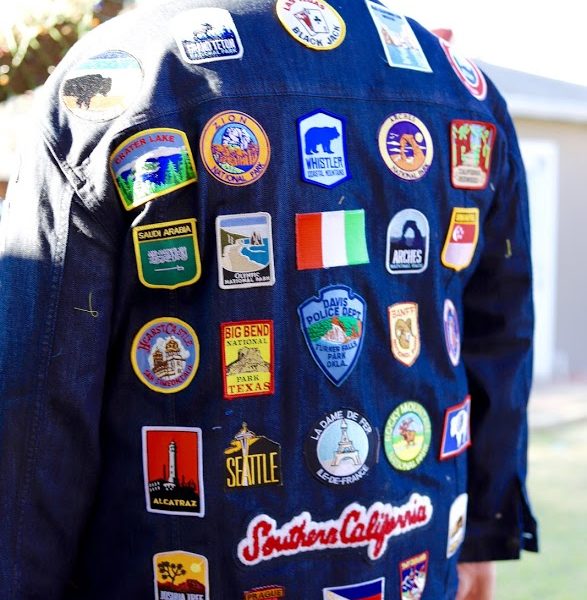 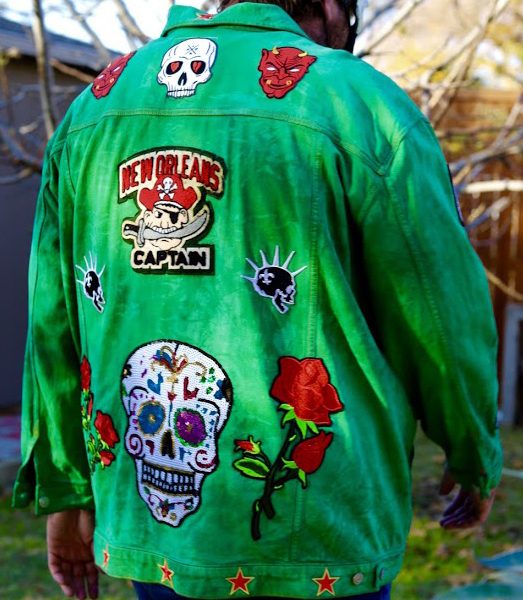 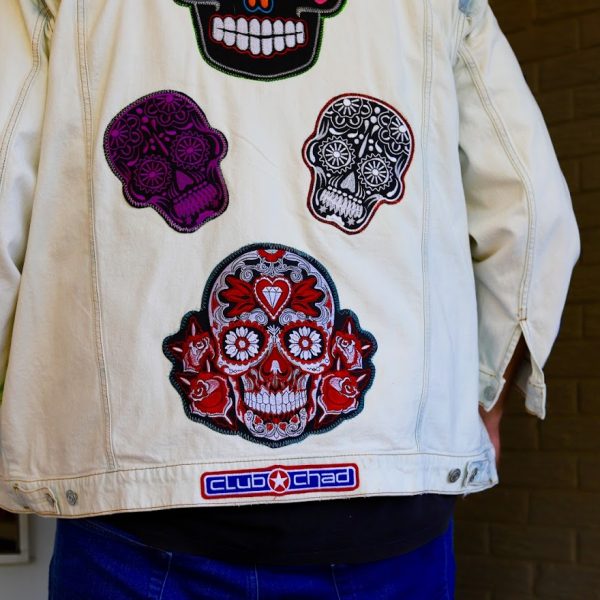 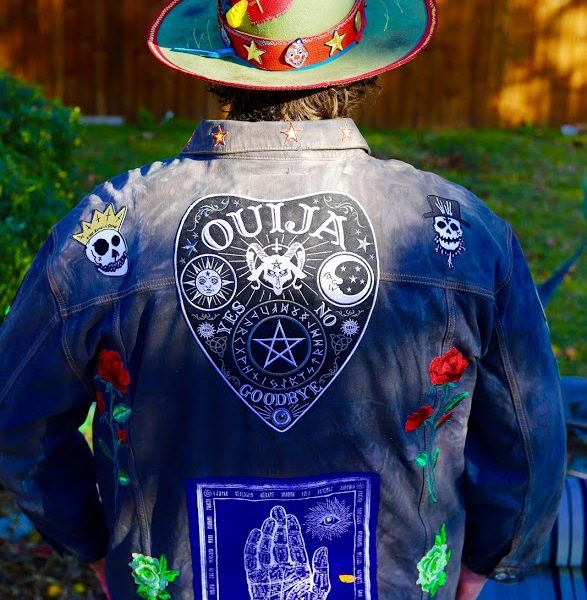 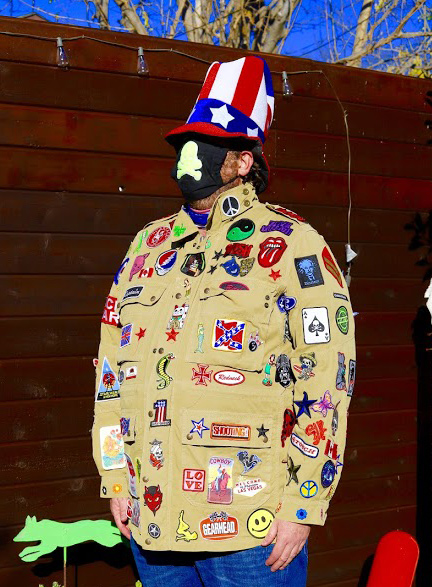 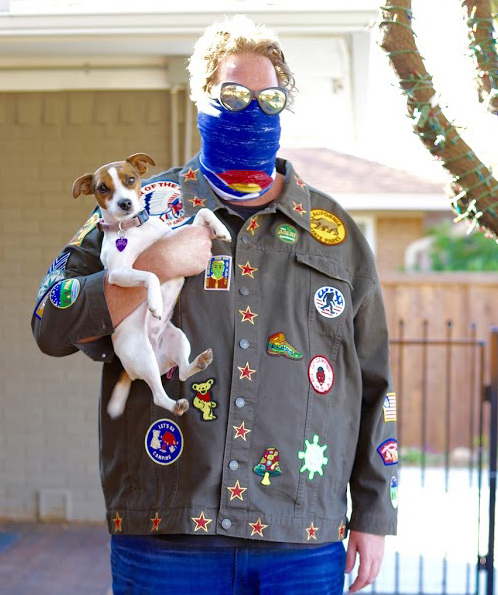 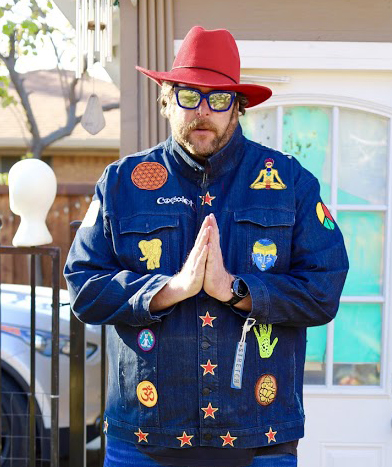 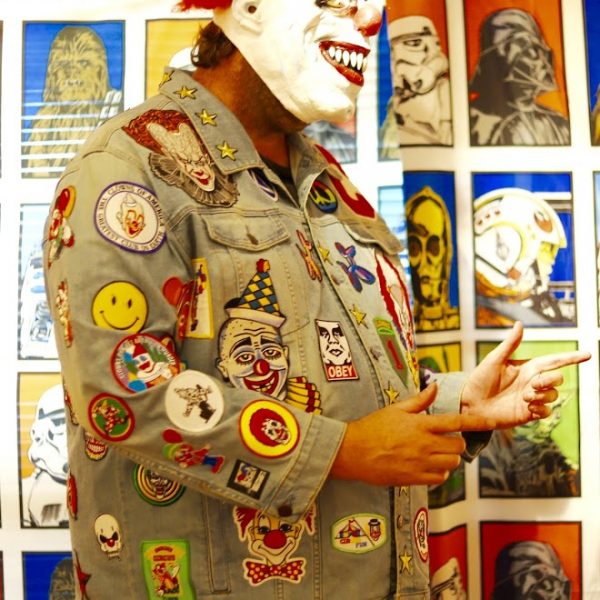 1)  EL PAYASO  NOT EVERYONE CAN ROCK THE EL PAYASO IN PUBLIC, BUT IF YOU LIKE CLOWNS, THIS JACKET IS DEFINITELY FOR YOU.

3)  THE SKULL MASTER  SOME PEOPLE ARE OBSESSED WITH SKULLS, SATIN, AND PURE EVIL.  IF THAT’S YOU, THIS IS YOUR JACKET.

4)  THE AMERICAN MAN JACKET  NOTHING SAYS I’M A MAN MORE THAN HOT RODS, VINTAGE CARS, AND BEER.  EXERT YOUR DOMINANCE WITH THIS JACKET.

5)  JUMPING JACK FLASH  DO YOU LOVE THE ROLLING STONES?  WHY NOT HAVE A CUSTOM ONE OF A KIND DENIM JACKET PROFESSING YOUR LOVE?

6)  THE VAGABOND TRAVELER  THIS JACKET IS DESIGNED TO EXPRESS YOUR LOVE FOR TRAVEL, AND LET PEOPLE KNOW YOU’RE A WORLD TRAVELER.

7)  ODE TO NEW ORLEANS  ONE OF THE BEST CITIES IN THE ENTIRE UNITED STATES.  GREEN JACKET ON THE WEB SITE.  ALSO AVAILABLE ODE TO SAN FRANCISCO, ODE TO NEW YORK, AND ODE TO PARIS.

8)  THE SCOUT MASTER  THIS JACKET IS DEDICATED TO THE CAMPER, A FORMER BOY SCOUT, OR ANYONE THAT LOVES THE GREAT OUTDOORS.

9)  THE AUTOMOBILE JACKET  THIS JACKET SHOWCASES YOUR LOVE FOR ALL AUTOMOBILES, BE IT AMERICAN OR FOREIGN MADE.

10)  THE HODGE PODGE PATCH JACKET  IF YOU CAN’T DECIDE ON A JACKET, BUT YOU LIKE PATCHES AND YOU WANT TO HELP OUT A NEW DESIGNER LINE OF CLOTHING, THEN THIS IS YOUR JACKET.  THERE  IS NO THEME, JUST A LOT OF PATCHES.

How To Order A Club Chad Custom Jacket

2)  SEND AN E-MAIL TO clubchad@me.com with your Jacket Choice and Size preference.  On Subject Line:  I WANT TO ODER A CLUB CHAD JACKET.

3)  AFTER YOUR ODER IS PLACED YOU’LL RECEIVE A CONFIRMATION E-MAIL, AND THEN A 50% NON-REFUNDABLE DEPOSIT WILL BE REQUIRED.  THE REMAINDER 50% WILL BE CHARGED BEFORE MAILING

6)  FREE SHIPPING IN THE UNITED STATES.

7)  PLEASE REMBER:  NO 2 JACKETS ARE ALIKE AND YOUR JACKET WON’T BE AN EXACT REPLICA TO THE CLUB CHAD JACKET EXAMPLE ON WEB SITE.

I enjoy buying custom patches from around the world, and designing custom designs for patches on denim jackets for Tall Men, the size 3XLT.

Men that are Large and in Charge!

Each jacket is custom and takes 8 to 12 weeks to complete.

Every jacket is different. No 2 jackets are alike!

Custom Jackets can made for little people too.

How Club Chad Was Created

I’ve always been fascinated with patches, ever since I was a Cub Scout back in the 70’s. Once I started getting Merit Badge Patches, my hobby of collecting began. For some reason I dropped out of Scouts, and I didn’t get to become a Boy Scout, and today I feel like I really missed out on the lessons of being a Boy Scout, but more importantly having the opportunity to earn all those Cool Merit Badges.

Later in life, I continued buying patches at concerts, and any type of event selling patches, and I started my obsessive massive patch collection.

As an adult, I kept buying patches, and then I started mixing the patches into my Artwork. I started making Giant Collages, and I would buy as many patches as I could find, in order to mix the patches into the art. I enjoyed the texture and the vintage feel the patches added to my art. One year for Halloween, I bought a bright orange auto mechanic jumpsuit, and I had my entire patch collection sewn onto it, and for Halloween, I was “Patch Man!” A few years later while I was living in Los Angeles, I walked down the trendy shopping area of Melrose Avenue, and I bought every patch I could find. I then purchased a Ralph Lauren jacket from my favorite Tall Man Store, and I had all of the patches sewn on the jacket and created my first “Hodge Podge” Design Jacket, with no particular theme, just patches everywhere. A few years after that I created a Boy Scout’s Custom Patch Shirt, and I went to the Folsom Street Fair, in San Francisco dressed as a Boy Scout, allowing me to live out my Boy Scout Fantasy that I lost from my youth. Out if the thousands of people there, I was the only person dressed as a Boy Scout.

This past year (pre-Covid) I started scouring the internet seeking out unique and different patches and buying as many different types of patches that I could find. Some of the patches coming from Vietnam, Germany, and Russia. I started designing my Newest Club Chad Design Jackets, with different themes. The first two jackets I designed were all Clowns! Moving forward, i tried to think of as many different themed jackets as I could. My goal at the time was to create 7 Pro-to type jackets. Being stuck inside because of the fear of getting Covid, seven jackets turned into sixteen different themed jackets. No two jackets are alike!!

All my jackets are designed specifically for men that wear 3XLT, and I want that to be part of my niche. Custom Denim Patch Jackets designed by a six-foot nine, man, for other Large and In-Charge Men!!!